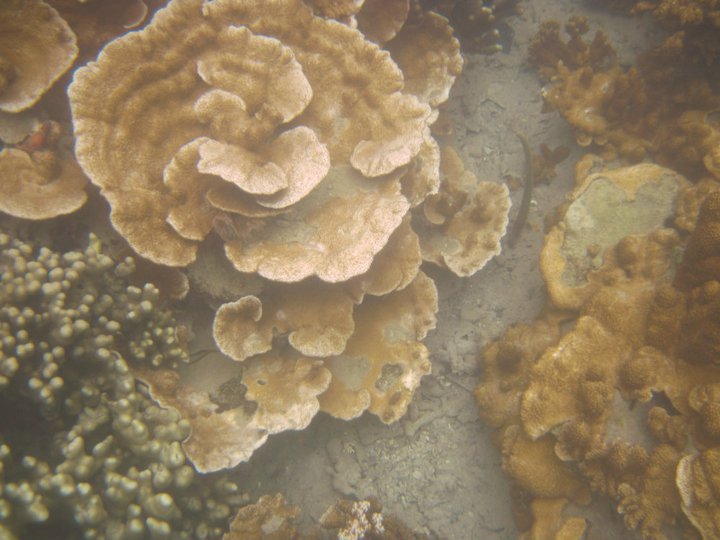 To build on my last post about corals, a lot of recent research has attempted to study coral diseases. The fact is, there is just not that much known about what causes these diseases, how many diseases there are, and how they spread. What is known however, is that cases of diseases have been increasing in recent years. Paired with pollution, rising ocean temperatures and acidity and bleaching events, a rise in disease could be very dangerous for the future of corals. Much recent research has been devoted to learning more about the cause of diseases. Are they caused by bacteria? Viruses? Fungi? Protists (another type of microorganism)? All the above?

One recent study found that many species of ciliates can be found in association with all nine currently known coral diseases. Ciliates (a sub-type of protist that have small, short hair-like structures called cilia, hence their name). They use these little hair-like structures to propel themselves around their watery environment. Ever hear of flagella? Maybe? Well, cilia are just like those, except smaller, and instead of one or two, the microorganism is covered in them. Protists are single celled organisms with organelles. Organelles are basically the microscopic version of our internal organs – defined internal entities that perform a specific function for the survival of the organism (aka mitochondria, chloroplasts, nucleus, etc.). The presence of these organelles are one of the many characteristics that separate them from other single celled organisms like bacteria (who do not have any organelles). Many protists are mobile, are predatory, some are parasites, and some are symbionts (live in a close relationship with another organism). The research study from M. Sweet and M. Séré found an abundance in these types of microorganisms on the diseased corals they looked at. Some of the ciliates were cautiously dismissed from ‘suspicion,’ as they are known bacteria predators, likely attracted by their prey present on the exposed coral skeleton. Others were known predators of other protists, again, likely attracted by the presence of their prey on the diseased skin. These too were cautiously ‘dismissed.’ A few however, appeared to be hosting symbiotic algae that may have come from the coral itself. To say the least, this appeared fishy to the investigators. While the exact role of the ciliates is as of yet unknown, the fact that there are so many present at all nine disease types, and that they may be taking up released coral symbionts is certainly a strong indicator that more research into the possible connection is needed.